I learned many useful things while under suicide watch, and, during the requirement of my release, the three weeks of outpatient therapy.  The most important lesson was to understand that there were relationships in my life that were a toxic poison causing such deep emotional distress that I had become unstable enough to be feared by my wife and two small children. Those people needed to be cut out for the sake of my own sanity and for the safety of my family. The only thing I could think of during that week was how I craved absolute silence; even the slightest noise would put me on high alert. The sounds of children playing or distant conversations were like steel wool and salt against my raw bloody flesh. My entire soul was screaming for quiet.

As I sat on my bed each day meditating, listening to my heart and feeling my breath go in and out of my body I started feeling the calming the physical effects to my agitated, unstable mental state. I began to narrow down who was causing such distress. Was it my wife? No. Was it those in my support group? No. The children? No, they are normal. It was me that was not normal. Then it came to me. Was it my mom? What role did she have to play in this situation I was currently in. I began to reflect on the years spent with her after my dad died--the years I was angry and sad, the years I was silent, the years I was abandoned to be abused.

I began to ask myself how did I feel during those interactions? How did I feel as she was talking and I was sitting there being told not to interrupt. In my minds eye I went back in time. . .

Sitting in a restaurant booth staring at my club sandwich, it was the same day as all the others only I had a reuben sandwich the day before. My mother sitting across the table from me was talking at me. What was she saying? I am really not listening. She is talking about the same thing as yesterday, and the day before that. I pick up a french fry, mindlessly dip it into the ketchup, then take a bite of the sandwich forgetting what I was doing a moment before leaving the french fry to soak in the small pool of red tomato sauce on the side of my plate.  The voice of the person sitting across from me fading further into the distance.

I look out the window and I think that if I could get a job then I could relieve the stress and financial hardship she keeps talking about. I could pay for some of my own things and she wouldn't have to worry about me as much. If I were a little older, if I were a little bigger, I could get a paying job and help her out a little bit--perhaps she would not need to complain and worry about money so much. In a few years I will be able to help. In a few years I will be 15 years old and able to work. Perhaps I could work as a busboy or wash cars. I feel helpless, inadequate, and small.

I am staring at the same sandwich, listening to the same person speak the same words in the same order. I open my mouth to speak about what happened that day at school. I wanted to tell her that Kimi had shown me the color of her bra. It was red! She interrupts me and continues talking, as if I didn't even make a sound, droning on about the latest city board meeting and how they nearly broke out in a fist fight. One person wanting to spend money to pave the streets and the other person wanting to repair a school. I shut my mouth and chewed silently, watching the light snow fall from the grey sky above. The tiny flakes were sparkling like diamonds in the light of the streetlamps.  I sit opposite my mother. I feel alone, abandoned and lost.

Next, I have in front of me a small black and white tv. I am watching Wheel of Fortune. I wish she would shut up so that I could hear the phrase that pays from the small speakers. 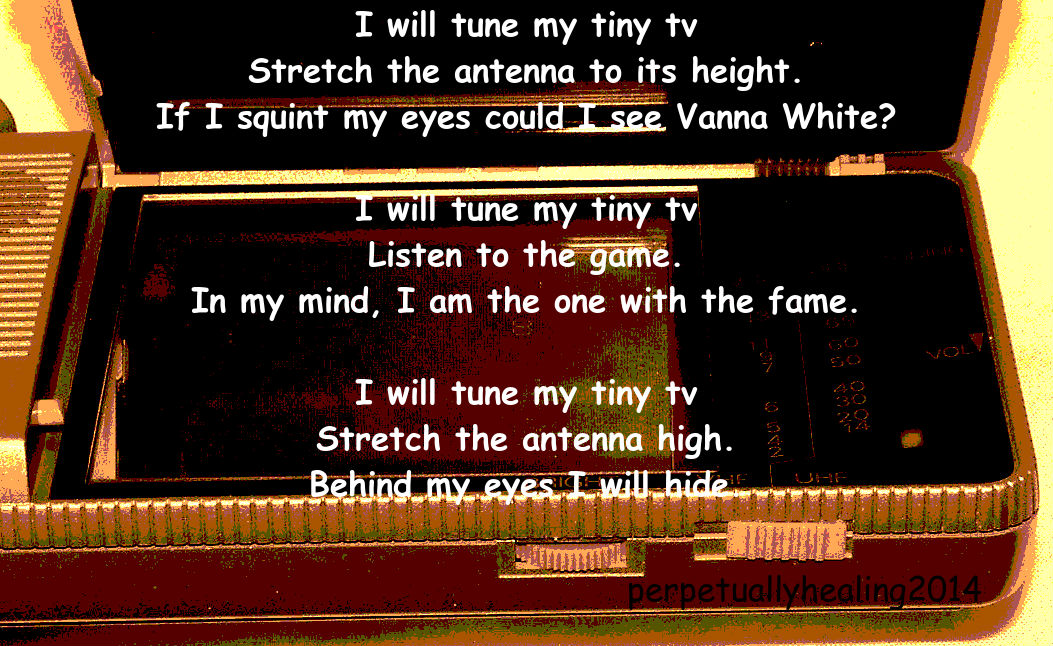 As each month goes by I retreat further and further inside myself. I grow more silent as the days pass. She isn’t listening to me.  She stopped listening long ago. A year passes I haven’t spoken a word. I feel insignificant, alone and abandoned.

I began to remember countless conversations where she lamented that I didn't have a father and that I needed a male role model so that I wouldn't become gay. She would pray with me in the car or at church that God would bring me a male role model to teach me how to become a man.

I sat on my bed with tears streaming down my face. I began to write, “She didn't think she was good enough to be my mother. It wasn't my fault that I was born a male and that she thought that she couldn't parent a boy. If dad hadn't died when I was eleven years old, none of this would have ever happened.  He would have been the strong figure in my life instead of her noisy absence. If he was alive she wouldn't fear I would be gay and send me to a closeted gay pastor who repeatedly molested and raped me.  Was I so hard to raise? Perhaps, I wasn't good enough for her. Perhaps it was me that she hated. So she pushed me away.”

I got up from my bed, tears dripping off my chin . . .I had a difficult decision to make.

The efforts she had made to keep a roof over our heads and food in our bellies was not lost on me. I don't want to trivialize those efforts in this work. At the same time the pain of rejection that I was feeling needed to be traced to its source. I needed to sever my contact with her so that I could continue to  investigate and heal from the strong feelings of anxiety, rage, and infinitesimal smallness that I felt whenever I was around her. The poison of these feelings was pulsing through my blood and corrupting my core being threatening to hijack my healing process.

The first Wednesday night after my release, the facilitator of my survivors group gave the most important nugget of truth that helped solidify my decision to cut the poison out of my life. Since this moment I have been happier. I had just finished telling the story of how I had been put in a suicide ward and that I was happy that I was still here to continue my life.

The facilitator, Pouria, turned to me and said, “I don't think it was you that you wanted to kill, but that thing inside you that was causing you such intense discomfort. You felt as if the pain inside you would never end. Like everything in our world, nothing is permanent.” He then asked the group, “Why is it that when we are happy, we understand that this happiness feeling will fade away but when we are sad or in deep distress we feel as if it will never go away? Aren't they both emotions of equal validity? They are both equally temporary?”

I was happy to be back home with my family, I really missed them and I was deeply sorrowful that I had put them through so much stress. At the time I didn't understand that I was so very unwell, and as I reflect on it today the words my wife cried to the doctor, “I fear for my safety, my family’s safety. I fear for his safety,” reverberate endlessly in my head.  I now know that I was a great deal closer to the ultimate solution than I thought. I must admit that I had a plan and that if I had not been rescued and placed in the hospital it would have only been a matter of days before I would have emptied my head of its contents.

It grieves me terribly to know that I would have missed my family’s future. That I would have missed my children growing up into the wonderful adults they are destined to be. I would have missed walking my beautiful daughter down the aisle. I would have missed my son become a proud father for the first time.  I would have missed growing old with my best friend and wife. Upon leaving the hospital, the frigid December air bit at my exposed skin like acid upon raw meat. The sunlight glistened upon the fresh snow like diamonds in a field of blinding bright white. The landscape around me seemed as if everything had changed. Even though I had only been gone for a week, it was as if the world had transformed into something more permanent. I knew the world was always there, but somehow I was seeing it for the first time, experiencing it all over again . . . the cold air, the bright sunlight, the noise of the traffic and the light perfume of automobile exhaust. There was a new longevity in this new experience, as if my own humanity had finally become a part of me.


Although I was experiencing this new embrace to life, in reality I was still in a haze of surrealism.  Everything seemed new and fresh, but it was outside of myself.  I was floating in a Zen-like fog trying to understand how I fit into this new world.  Being with my family was awkward at best.  My wife was hovering over me and constantly checking in.  I wanted my new state to be all my family saw and responded to, but they saw through the temporary veil of my momentary enlightenment.  Maybe my outpatient therapy would make sense of all of this.